WHAT: Co-founder of Seed Savers Exchange (now retired, but still an active advisor to the organization’s board), author of Gathering: Memoir of a Seed Saver 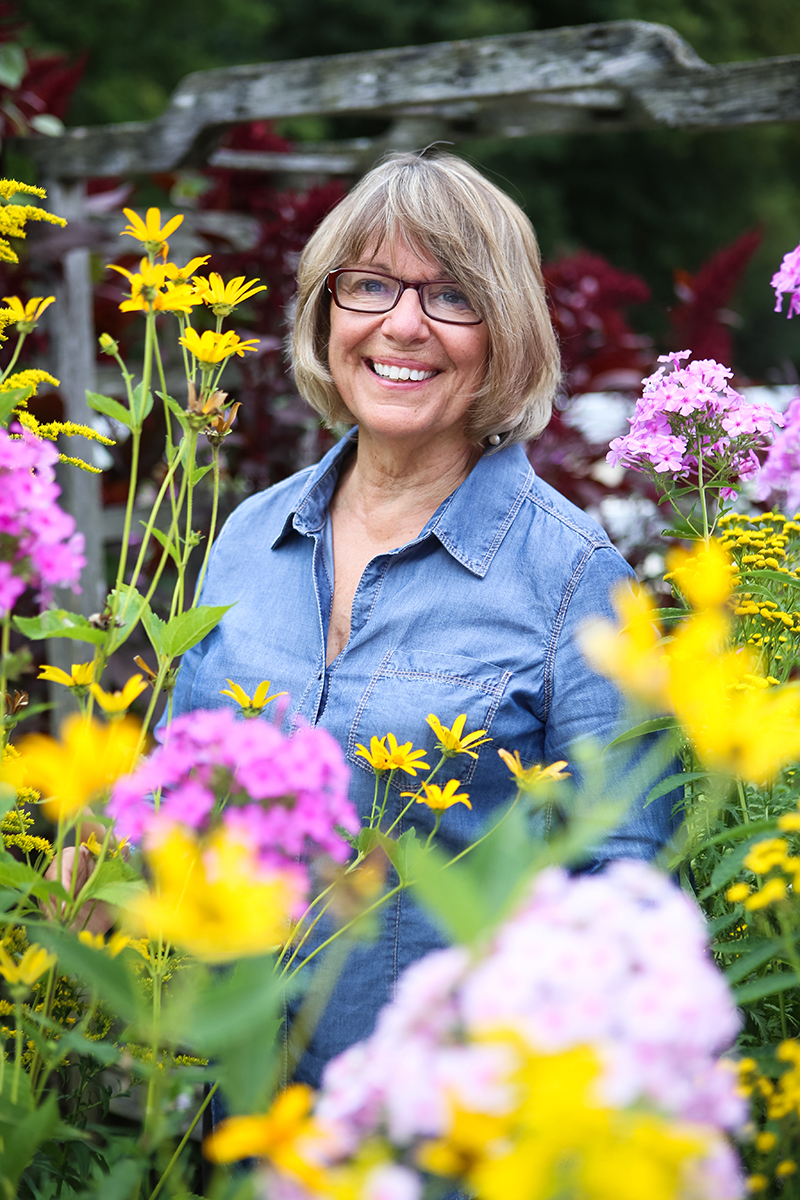 Back in 1975, Diane Ott Whealy and her partner Kent Whealy sent a letter to Mother Earth News asking if anyone was interested in seed saving. The young gardener had just inherited some flower and tomato seeds and wanted to connect with others who shared her appreciation for heirloom plants. The couple’s note was published, and soon enough, she was trading seeds with folks from all over the country. Nearly 40 years later, with more than 13,000 supporters and 20,000 plant varieties, Seed Savers Exchange has become the largest nongovernmental seed banks in the country. “I know, I know,” says Diane. “I think to myself all the time, ‘How did this all happen?’”

But once you hear her story, it actually all makes sense.

A Childhood of Magical Evenings With Grandpa and His Morning Glories

Growing up on a dairy farm in the northeast corner of Iowa, Diane had a favorite childhood tradition. Every night, once the cows had been milked, the youngster and her father would drive down the road to her grandparents’ farm and the family would enjoy the end of the day together. Grandpa Ott—Baptist John Ott, to everyone else—had a patch of purple morning glories growing on the east side of the porch. Every season, he trained the flowers up the side of the facade with twine, always leaving a small window—each year in a different shape—as to not block the view of the road. “You’d sit on that porch and you’d look out the window in the morning glories, and Grandpa would tell stories for each of the cars going by. “They’re late for milking again!” or something like that,” remembers Diane. “They were such magical evenings.” 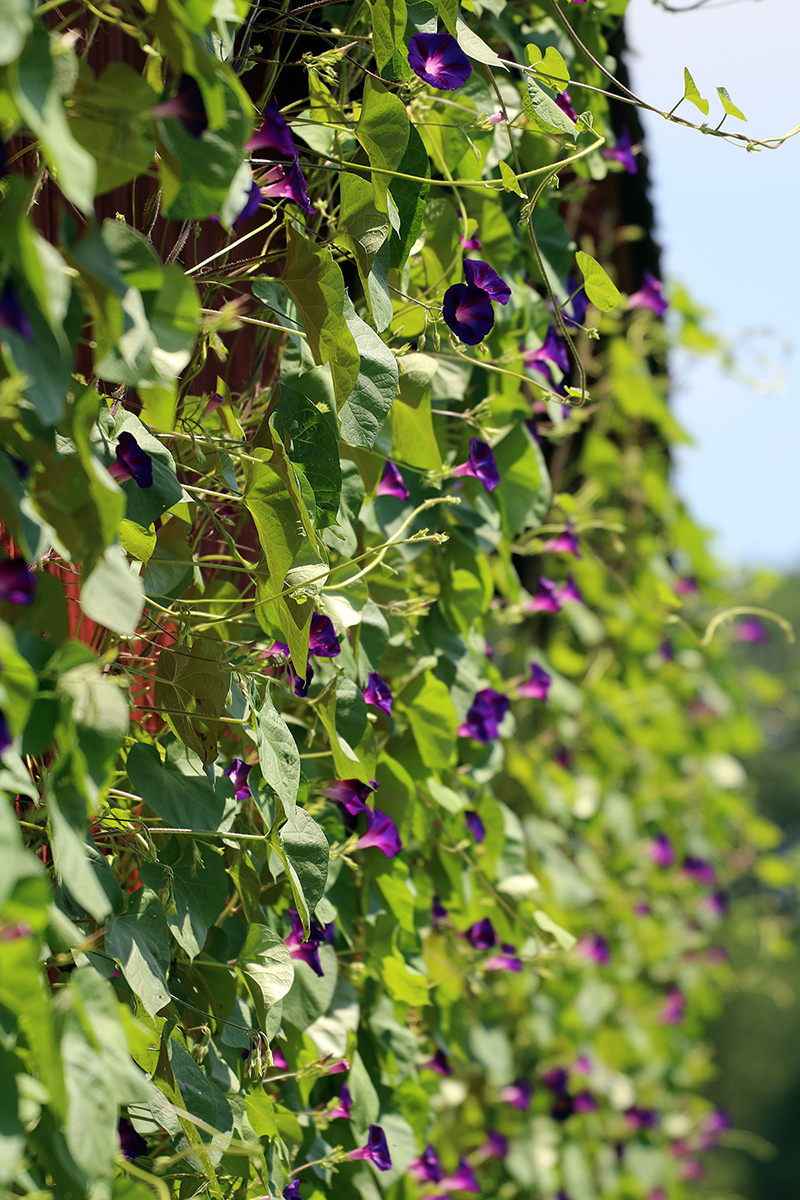 Passing On A Tradition

Fast-forward to 1971. Diane had spent the prior few years post-high school traveling the country and living in Colorado, during which time she met Kent Whealy, who would go on to become her husband (though the couple would divorce in 2004) and her SSE co-founder. The young couple made the choice to move back to northern Iowa to help her aging grandparents and settle down for a bit. Diane would finally have a garden for the first time in her life, and “Of course I needed the morning glories,” she says.

Diane and Kent asked Grandpa Ott for some seeds, but what they got was a story. “Grandpa went back into his bedroom and came back with this little white cardboard pill box full of these little tiny black seeds and he said, ‘Here you go. Did you know my parents brought these over when they immigrated from Bavaria?’.” No, in fact, she hadn’t known. “It all just all sort of clicked right there. I thought, ‘Wow, I have a living connection to my ancestors because here we were, growing the same flowers’.”

And it wasn’t just morning glories. Diane also had fond memories of another plant from her grandparents’ garden. “Grandma would serve big plates of her German Pink tomatoes, we’d always sprinkle sugar on the top of them. It was the custom in the area.” She was able to inherit some of those seeds as well. Soon after, Grandpa Ott passed away.

A Seed of an Idea

Around this same time, Diane was starting to learn more about the relationship between increased commercial farming and reduced genetic diversity in food crops. “I realized how important the seeds Grandpa had given us were, because if he hadn’t told us that story, it would have been lost when he passed,” Diane explains. “It got Kent and I thinking about how many seeds—and stories, because every seed has a story—are being lost as elderly gardeners pass away.” The Whealys wrote to a few “back-to-the-land” magazines in 1975, and soon enough, a group of 29 gardeners from across the U.S. and Canada were exchanging seeds through the mail. The second year, the group grew to 142 members. Thus, Seed Savers Exchange was born. 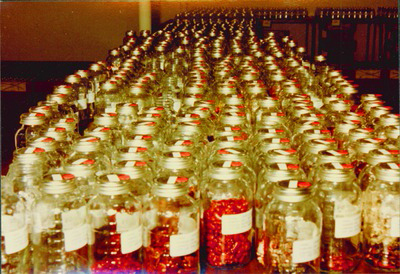 Soon, SSE grew big enough to need an official headquarters of its own. “Our family home was filled with boxes of seeds. It was getting to be too much. And you can’t just keep seed in a box forever,” says Diane. “You have to grow them.” In 1985, Seed Savers Exchange planted its first official display garden in Decorah, Iowa, about 20 miles north of where Diane grew up—five acres with more than 1,000 varieties of food crops. The next year, the organization purchased more land, which would go on to become SSE’s present day home, the 890-acre Heritage Farm. More than 20,000 types of fruits, vegetables, and plants are stored, maintained, or grown at Heritage, which also has its own private, sub-freezing, seed bank. SSE’s mission remains the same as it did at the start: To conserve and promote America’s culturally diverse but endangered garden and food crop heritage for future generations by collecting, growing, and sharing heirloom seeds and plants.

“My grandpa was such a gruff, powerful man,” recalls Diane. “He was a self-taught veterinarian, a blacksmith, he only farmed with horses, was always the bouncer at local dances, and he had a reputation for drinking beer and getting into fights. But he was also known for these sweet little flowers.” Grandma Ott was equally revered: “And my grandma, she was a saint. She put up with that and raised nine kids. Her garden was her livelihood, it was how she supported her family. Then, a garden then was a mark of one’s accomplishments—if you could grow your garden, you were a success.” 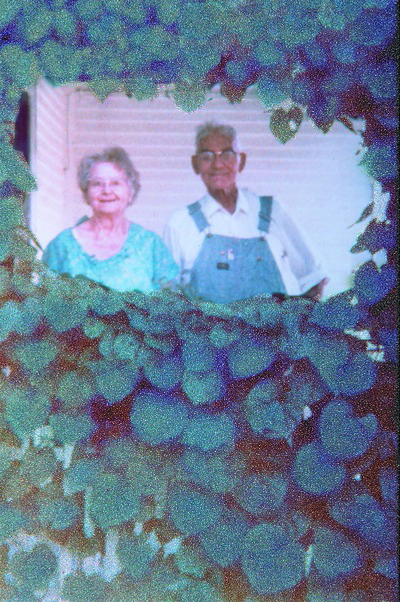 That’s the notion that Diane sees coming back into play, and part of what enables Seed Savers Exchange to stick around. “My grandparents had a sweet life raising their children and taking care of their world. And that’s what’s resonating with people now. We’ve been removed from the land for a few generations, and it’s in our nature to want to go back. Gardening is part of it. It’s another thread that connects you to your ancestors, to your roots.”

Intrigued by Diane’s story? Pick up a copy of her book, Gathering: Memoir of a Seed Saver.

Inspired by what you’ve read? Ask your parents, grandparents, family friends, and neighbors about the seeds they grew up planting—and see if they have some to share with you. Share what you learn on Instagram, and be sure to tag us @SeedPhytonutrients!